This academey is gonna involve duelingnetwork.com

You are not connected. Please login or register
Hello MegaMaster. Welcome to Elemental Hero the Shining Acadmey. We are glad to have you here.

Rules for the Whole Forum 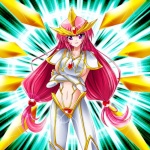 Rules for the Whole Forum

When posting on forums there are certain rules and conventions to posting that need to be followed in order for the forums to remain a fun and friendly place for other members. The following rules apply to all of forums, and breaking them will result in a staff member verbally warning you not to do it again, or increasing your warn level according to the severity of the transgression. Repeated offenses will lead to restricted forum access, and eventually a full ban.

User Groups
On forums we have a set of user groups. Here are these ranks from order to most to least amount of power on the forums:

Most users are likely to get nothing higher then the Member rank. Restricted users are users who have violated the rules several times and have a limited amount of things they can do on the forum. Once the member has shown good behaviour for awhile, they may be taken out of the Restricted group. Most people who become banned completely usually stay banned. Asking for a staff position (Advisor or up) is not condoned. The only way you will get into one of these higher groups is by the decision of the staff.

Veteranship (1-2)
Veterans are members who have either been active for a year or more, or a former staff member who has contributed their time for at least two months. One must meet either of these requirements to be considered for veteranship, however, that does not automatically guarantee that they will be made one. They have some slight perks on the forums, such as a larger PM inbox and more frequent name changes, but otherwise function exactly as normal members.
- Asking to become a veteran, either for yourself or for someone else is forbidden. Doing so will result in a warning increase of 10%, and the person who is asking will not be permitted access to the group.
- Anyone who complains in any way, shape or form, which includes, but is not limited to, posting, PMs, IMs, and messages in your signature, about not being a veteran, or about someone else not being a veteran will have a warning increase of 20%, and the person complaining will not be permitted access to the group ever.
If you feel eligible for veteranship, don't ask us, we'll ask you.

Verbal Warnings
A verbal warning does not contribute to your warn meter, and is given by a staff member in response to a first time offense or minor infraction. This does not mean however that it should be ignored, as repeat offenses will lead to official action being taken. Usually a verbal warning will take the form of a staff member's reply to the violating post, or a private message.

Anyone replying to a verbal warning other than the person receiving it, even if they are posting in agreement with the warning, will have their warn meter increased. Vigilantism on the forums is prohibited, and it just isn't cool to begin with.

If the member receiving the verbal warning replies to it, then they will be leaving themselves open to further action being taken against them for flaming, so don't do it unless there has genuinely been a misunderstanding.

Any questions regarding verbal warnings given to members can be directed privately via PM to a staff member, preferably the one who originally dealt with the problem.

Official Warnings
Every member of the forum has a warn meter. Staff members have the ability add to this meter via the Member Warning Centre.

When a member's warn meter reaches 50% they will be automatically transferred to the Restricted group. As this suggests, Restricted members will be limited in what they are allowed to do on the forum.

If a member's warn meter reaches 100% they will be banned from the forum. This means that they will not be able to post or do anything at all on the forums. Banned members can appeal to the site staff if they feel it is unjustified, but in the majority of cases once a member is banned they will remain banned permanently. Creating a new account to circumvent a ban will lead to that account being automatically banned as well.

The same rules that apply to the verbal warnings apply to official warnings also. Any questions can be directed privately to a staff member via PM. It is the responsibility of all members to read and know the rules before posting, and ignorance is not an acceptable defense against being warned.

Members' warn meters can be decreased by 10% if that member behaves themselves over a three week period. If this does not happen you may PM a staff member, but only if you have genuinely behaved and not received any verbal or official warnings in the previous three week period. If you continually nag and/or harass a staff member to have your warn lowered, you will be forced to wait longer to have it lowered.

General Post Guidelines - 0%
When making a new topic, the title should reflect what the thread is about.

Spelling and grammar do not need to be perfect, but it helps if your posts are legible to other members. This is not a chat room, nor is it the AOL Instant Messenger.

Whilst not completely prohibited swearing and curse words are not encouraged. All members are expected to act maturely and use their judgement when swearing in posts. Remember that some of the members on the forum are young teenagers, and that certain language is inappropriate. Repeated swearing, or any swearing directed maliciously at another member is prohibited.

Posting Inappropriate or Offensive Images - 0-10%
Posting images that contain realistic violence, gore, or sexual content is not allowed. Text within the image must also not exceed the forum rules regarding foul language.

When posting an image that is over 600 pixels wide or tall, please post an off-site link rather than the actual image. If the purpose of the thread is specifically to display images, you may post images larger than this provided that there is a warning in the topic's title.

Spamming - 0-10%
Spam (or Stupid, Pointless and Annoying Messages) are posts that are pointless or irrelevant, and do not contribute to the topic or forums (in the case of spam topics). These include repeating the same post over and over, or creating a topic about a subject that already has an active topic elsewhere on the forum. Spam topics will be closed, and all spammers will be punished.

Mini-modding - 0-10%
Mini-modding is anybody without moderator powers telling somebody that they have broken the rules. If somebody is breaking the rules, merely use the report button and wait for one of the staff members to take action. Replying to somebody just to say "no double posting" or "no spamming" or anything of the sort is not allowed. Mini-modding multiple times after you have been told to stop can result in a warn.

Necroposting - 0-10%
Necroposting is posting an irrelevant or non-contributary message in a dead thread. A dead thread is one that has not had any activity in two weeks or more. Posting in these threads is only allowed if you have something important to say.

Double-posting - 0-10%
Posting twice in succession is prohibited. You have been provided with an edit button - use it. This rule does not apply only in specific cases, such as art, fan-fiction or comic strip topics where the owner is adding an update.

Flaming and Trolling - 10-30%
Flaming is when a member posts something that is insulting and/or hostile to another member. Trolling is posting generally inflammatory, rude, off-topic or otherwise offensive messages in a thread in order to annoy other members. Neither of these are allowed on any part of the forum. Also do not encourage this kind of behaviour from other members - do not feed the troll. If you are debating a topic and have a point to get across, do so in a calm, mature manner.

Flaming and trolling are two of the most serious transgressions on the forums, and will be dealt with by staff members swiftly and harshly. You have been warned.

Posting anything of a pornographic nature will result in an instant ban.

Plagiarism - 50%
Plagiarists are members who post content that does not belong to them and claim that it does. This includes but is not limited to sprites, art, emoticons, fan-fiction and short stories. This is not allowed.

If a member suspects another of plagiarism they are to PM a staff member. They will be required to prove their allegations. Posting accusations of plagiarism on the forum is not allowed.

Advertising - 50%
Links posted to advertise a site or product are not allowed. If you want to advertise a not-for-profit website in your signature you can do so, but it must only be a non-enhanced (enhanced meaning bold, italic, large sized or coloured) text link. Advertising to sell a product or service is completely unallowed.

Using the PM system to advertise is prohibited too.

Sexual Harassment - 100%
Sexually harassing members either on the forums or via the PM system is completely unacceptable, and will result in an immediate ban. If you are being harassed or stalked by another member, report this to a staff member via a PM, providing proof.

Multiple Accounts - 100%
Members are only allowed one account on this site. In the case of more than one person sharing the same computer or internet connection, please inform a staff member immediately (PM a Global Moderator listed on this page; Admins are usually too busy to take notice of any PMs/emails regarding multiple accounts). Multiple accounts will be banned and deleted, and the IP address blocked from accessing the site.

Examples of words you are not allowed to use in/as your user name are generic swears (fuck, damn, crap, etc.), racial slurs, and any sort of sexual language.
Current date/time is Sun Sep 19, 2021 10:38 am